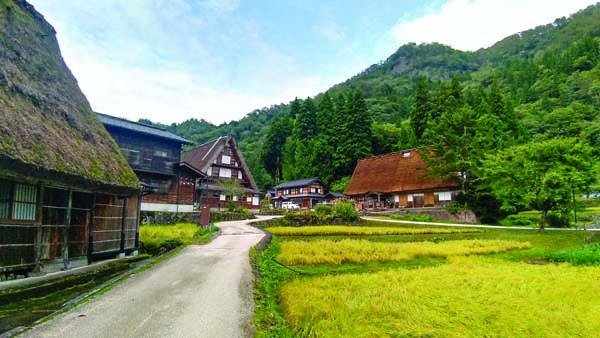 Travelling from nature and history to the digital world japan

Kokiriko dancer and a visitor with sasara at the Museum of Sericulture, Folk Handicrafts and Photographs Yusuke.

On the Doraemon tram at the hometown of the manga author Fujiko.F.Fujo, in Toyama Prefecture.

Shopping street on the way to the Sensouji Temple, Tokyo.

The trip is supported by GCP