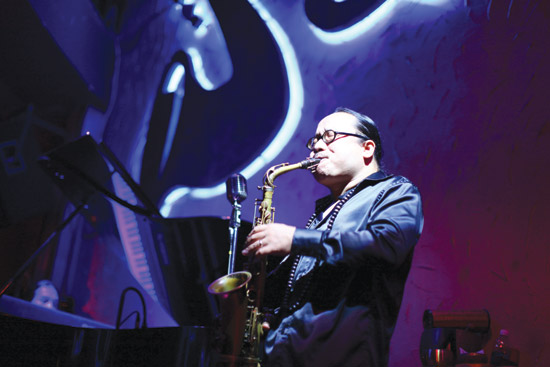 When I was growing up in the sixties, the decade in which a great tidal wave of creativity was unleashed upon the popular music scene, Jazz had definitely lost popularity. We youngsters viewed it as something belonging to parents and other old fogeys. It belonged to the twenties-to-forties era and was now outmoded. A similar disinterest in Jazz exists among the Vietnamese; the fusion of African with European music and instruments holds no allure. Entering the scene is a Vietnamese knight in shining armour, on a crusade to establish Jazz in Vietnam. If you ever hear Mr Tran Manh Tuan play his saxophone once, you will want to hear him again. I was first mesmerised by him at last year’s Photo Awards ceremony of this magazine. I was lucky enough to be asked to interview him and listen to him play again the other day on his home turf at the Sax ‘n’ Art Jazz Club on the downtown Ho Chi Minh City boulevard of Le Loi.