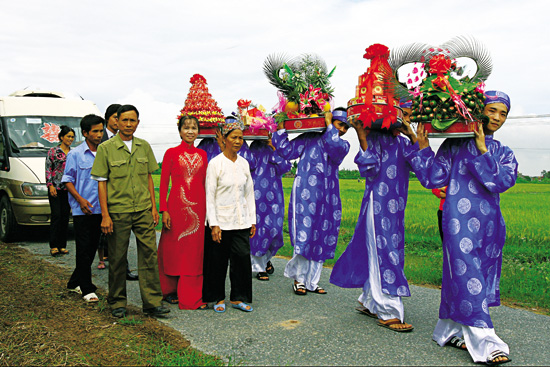 The old pink-thread man has had to go

Pictures: The groom’s side processes, above, toward the bride’s family house, bearing, first, areca nuts and betel, then rice cakes and fruit and other gifts; the procession is received by members of the bride’s party, right.
Photos: An Thanh Dat