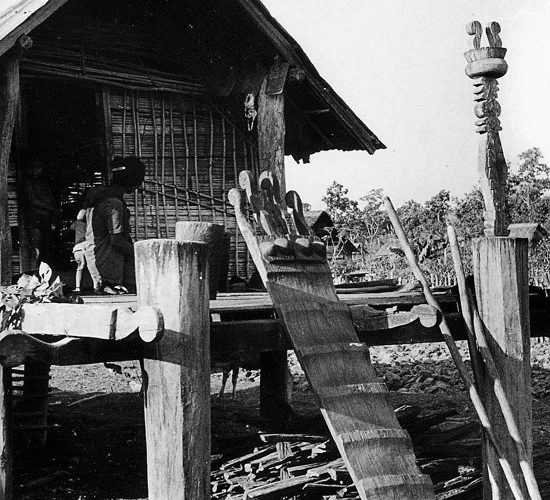 On not missing the forest for the trees

In the traditional culture of the Central Highlands, the hamlet is the basic unit of civilization. The hamlet is a portion of land hacked out from the overwhelming environment of the jungle.
Everything in the hamlet and the houses is made from or comes from the forest. The house’s poles, floor, walls, and roof, either the long house or the communal house for common activities, the pole for the ceremony of buffalo-sacrifice, the paddy and vegetables for foodstuffs, the musical instruments for erotic songs and dances.
When asked about the year of their marriage, a Mnong Gar couple might answer: ‘The year that our hamlet ate the forest of the Go Stone Spirit.’ Eating the forest (slash and burn farming, obtaining foods from the forest), is their way of life.
The Highlanders practice rotation farming and not migration farming. Paddies are created from patches of the forest, and after several years that land is returned to the forest for restoration. The slash-and-burn patch, a portion of the hamlet, must frequently be given back to nature, to the wilderness. When the hamlet is moved to another place, the forest regains very fast, immediately, everything abandoned by human hands.
After a certain lapse of time following the burial of the dead, Highlanders perform the rite of ‘abandoning the grave’ (l? b? m?) and completely stop their care of the beloved to send them back to the forest.
The Highlanders believe that the souls of the dead after a number of cycles of transmigration finally become drops of morning dew on the leaves of the forest.
Without the preservation of the forest, there would be no culture to speak of, to preserve – only festivals, noisy, extravagant and fake.

* Nguyen Ngoc is a well-known expert on the Central Highlands