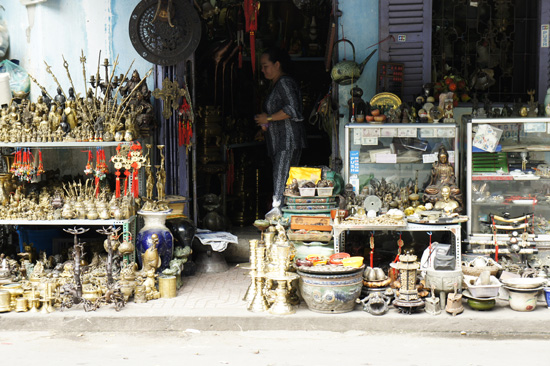 Right: Saigon is a Mecca of old cameras and Le Cong Kieu Street has some big ones.
Left: the street has items of all values and prices.
Photos: Ba Han