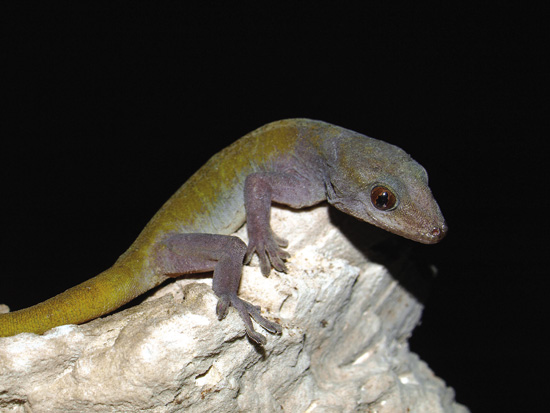 Vietnam Heritage, July-August 2011 — There is an animal by the name of t?c kè. I don’t know whether it is peculiar to Vietnam, or whether Vietnam is its strongest habitat, but I have heard its call in the night in the village of Ap Long Quoi Be, four kilometres from Tan Chau on the road to Chau Doc, in the upper Mekong Delta. If you imitate the call of the t?c kè you will have the exact pronunciation of its name. It is the same as with the mammal called the mèo, or cat, but the t?c kè is an extraordinarily dedicated teacher, pronouncing meticulously, dragging the ‘ke’ out till it ends in a rattle, the tone never ceasing to fall, as the descending diacritic indicates. The call is repeated, about the same number of times in each volley, and no doubt the most common number of repetitions is an omen for those who lie awake at night wondering what the price of unhulled rice will be.
I have never seen what I have known to be a t?c kè, but I have wondered whether it might not include the reptile, bright, pale blue, with crimson spots, that was in a room I stayed in on a hillside at seaside Vung Tau some years ago. The Vung Tau reptile was 20 cm to 25 cm long. It didn’t say anything. It seemed to enjoy life indoors, like the common gecko we see on walls in Vietnam, though no doubt it sometimes got out and on to the hill. There was a jackfruit tree outside the window. I have heard the t?c kè in the daytime in the bush on the Vietnamese island of Phu Quoc; I don’t know where it was sitting on the night I heard it in Ap Long Quoi B. But now, as you will see, the question arises as whether the real, truly identified t?c kè would like to live indoors as much as people do. There has been, apparently, alarmingly, a flash of demand for – or at least the promotion of a demand for – in the city, good-sized, decorative, as it is put, examples of the t?c kè, weighing 300 grams, which would be about the size of the spectacularly decorated reptile at Vung Tau.

I have overheard, or heard of, talk to this effect from (a) a close acquaintance, (b) a hotel worker on Phu Quoc and, I suspect, (c) a person involved in renting rooms and apartments in Saigon. I don’t have reason to think the close acquaintance would be involved in a wildlife-smuggling ring, unless they took leave of their senses, especially after I very strongly advocated not being involved. But, hold on, I don’t know, even, whether the t?c kè is in the Vietnamese ‘Red Book’ of endangered species, or whether the involuntary migration of this species would be against the law. Speaking of leaving one’s senses, this is not such an unlikely thing, when I remember the disturbance caused to a Vietnamese in Vietnam by their sighting a frill-neck lizard on a path. ‘What is that doing here?’ was the expostulation. ‘That would be worth VND 30,000 on a menu.’ I was once with a Vietnamese student in Australia who saw superbly picturesque wild ducks by a stream on a lush university campus and asked why they were wandering about like that, where there owner was and whether we ought not catch and eat one. Would the t?c kè be kept in cages, which would be terrible enough, but would it, from time to time, be grilled like a certain delicacy from the sandhills in a coastal area near Phan Rang?
It is slightly suspicious that I have heard a particular weight specified several times and never how many spots, for example. Are we really looking at, if we are generous, a circle of conservationists, as opposed to a ring of smugglers? Is it really about the sounds of Vietnamese bush imported as an antidote to the motorbikes, angle grinders and titanium-tipped saws for cutting tops for bars and stairs out of granite, in the dusty, screeching, so-called-civilising alleys? And, even if this is the case, would the reptiles like to live in such cacophony? Can they cover their ears, noses and throats? Will any of them be otorhynolaryngologists? Will any of us train as Reptile-Whisperers, with prime-time TV shows pointing out it is actually the owners, not the reptiles, that are screwed up?
It is suggested in an article, ‘The indescribable allure of the white-breast waterhen’ in this edition of Vietnam Heritage, that people’s getting mixed up in the lives of these birds may increase their numbers in the bush as well as in the towns. Could the numbers of not only white-breasted waterhens but t?c kès be monitored and kept healthy using the same measures as are used for abalones in Australia, for example? I am not a wildlife biologist but an alarmed member of the public who overheard a few things he no doubt did not fully get the gist of. So I hereby hand the matter over, with this sparse information, to such people I have read about as WAR, Wildlife at Risk, an NGO. For, whatever you or I may see in a 300-gram beast calling itself t?c kè, a lot of people could be seeing, if not a Gucci-like barbecue candidate, at least VND 3 million or an extraordinarily chic and ‘civilised’, nay, aspirational, gecko that has better elocution, far better than that other pet, the cat.