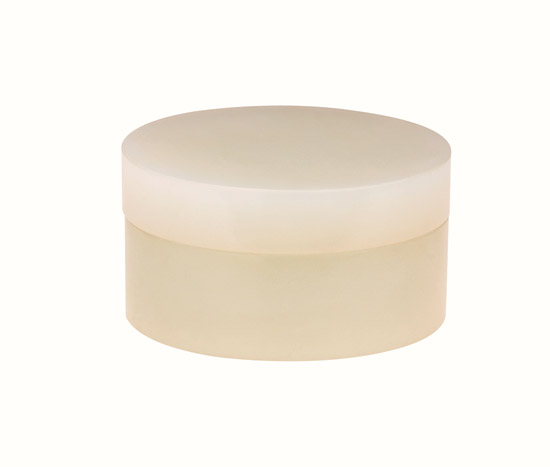 Vietnam Heritage continues its series on jade items in the National Museum of Vietnamese History, based in the publication Vietnamese Ancient Jade. We have reached the Nguyen Dynasty, in which jade sculpture flourished. This month the topic is boxes.
There are many types of jade boxes in the collection, Vietnamese Ancient Jade says: flat, round ones similar to glazed ceramic ones of the 15th and 16th centuries and cylindrical, cubic and rectangular ones. There are blue-grey jade and white-grey jade ones. These form each other differ as to carved shapes on lids and bodies.
Decoration included the word ‘longevity’ [in Chinese], tiger faces similar to those on bronze items of the Shang Dynasty in China, chrysanthemums, S-shapes characters and lotus flowers. Some times, there are dragons, waves, phoenixes, clouds, two bats or ovals of the word for ‘longevity’ [in Chinese].
These boxes are general-purpose, for containing jewels, the cosmetics of princesses or ingots of ink and ochre ingots [which were ground for powder to mix with liquid to create the imprint of a seal] of the Emperor and mandarins of the Nguyen Dynasty.
There are two cylindrical boxes for containing betel leaves and areca nuts. They have lids and with drawers. These boxes are similar to betel [the word can signify the whole practice of chewing betel with slaked lime wrapped round an areca drupe] boxes in gold, silver, bronze or dark-blue Hue pottery.
One of these boxes is small and one big, but their decorations are same. On the flat face of the small are two phoenixes and a cloud motif, carved. On the cover of the big box is glued a flower-bud-shaped gold knob and a sapphire. Around the lid are wine-bottle, castanet and musical decorations and signification of the eight treasures of Taoism. On the body of the box are carved three phoenixes with wings spread, cloud and three chrysanthemum branches.
The museum takes the phoenix to be a symbol belonging to Queen, especially, so it could be these boxes were the Queen’s own.n