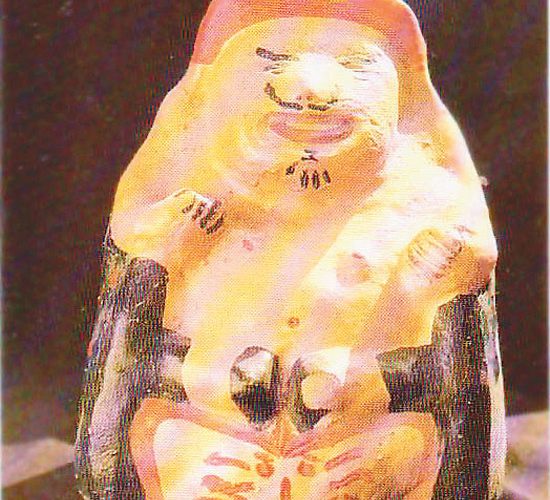 In these golden years
www.thanhniennews.com, 28 September
Vietnam’s population is aging rapidly and it has failed to effectively utilize its so-called ‘golden population’ structure when the majority of the population is in the economically productive age, experts said.
‘In 2007, Vietnam achieved the peak of its population’s golden age, which happens only once in any country, but it has not been adequately studied or made use of,’ Deputy Minister of Health Nguyen Viet Tien said.
In that year, the country had more than 61 million people of working age, or 69 percent of the population. Demographers define the golden age as the time when the number of people of working age (15-64) makes up at least two thirds of the population.
In April last year the country’s population was 88.78 million.
Demographers warn that the golden age will end in 2017.

Weighty problem
www.thanhniennews.com,
27 September
A third of obese children under the age of five are in five big cities – Hanoi, Ho Chi Minh City, Hai Phong, Danang and Can Tho — according to a report made at a recent conference in HCMC.
There are 300,000 obese children under five in the country.
The obesity rate among children is increasing every year, according to experts, and so are the health risks like diabetes and cardiovascular and blood pressure problems.

Vietnam is hot UK getaway
tuoitrenews.vn, 11 September
Vietnam has proven to be an increasingly popular destination for British tourists to spend their summer, according to a report by the UK Post Office Travel Money.
This summer, the amount of dong bought by Brits on holiday was double that of last season. This amazing growth ‘indicates that demand for Vietnam holidays, driven last year by the introduction of direct flights and more recently by the opening of a clutch of luxury beach resorts, shows no sign of slowing,’ the report states.
Vietnam is closely followed in popularity by Australia, according to the report.

Horn of plenty
www.thanhniennews.com, 22 September
New international research appears to confirm the widely-held belief that regardless of what people say about ‘health benefits’, the desire of wealthy urban Vietnamese to show off’ is the strongest driver of the rhino poaching crisis that has bedeviled both South Africa and Vietnam.
The research, funded by the World Wide Fund for Nature South Africa (WWF-SA), surveyed 720 people in Hanoi and Ho Chi Minh City this year, and showed that rhino horn consumers are wealthy and use the horn mostly to confirm their social status within Vietnamese society.
‘Research reveals that typical users of rhino horn are successful, well-educated men, over the age of 40, who live in Vietnam’s main urban centers,’ Jo Shaw, WWF-SA’s rhino coordinator said.
Vietnamese were second only to US hunters in terms of the number of rhino hunts undertaken in South Africa in 2007-2009.

We’re Number 2
www.thanhniennews.com,
17 September
The number of extremely wealthy people in Vietnam has grown by 14.7 percent this year, the second fastest rate in Southeast Asia after Thailand, according to a recent report released by Singapore company Wealth-X and Swiss bank UBS.
The inaugural World Ultra Wealth Report says the number of ultra-high net worth individuals (UHNWIs) defined as those with assets of $30 million and above, has risen to 195 this year and they have a combined wealth of $20 billion.
Thailand is at the top with a year-on-year increase of 15.2 percent – from 625 last year to 720 now – and Indonesia is third with an increase of 10.2 percent.
Large-scale investments in infrastructure and burgeoning private consumption, driven by a growing middle class and social reforms, are key drivers of growth in the region.

Going native
tuoitrenews.vn, 23 September
Out of their passion for Saigon, an American and a Spaniard, nicknamed Bun and Ba Khia, formed the website www. Saigoneer.com to provide expats living in Vietnam with intriguing, helpful information on the city, and elsewhere.
Ba Khia, whose real name is Alberto Prieto, was born and grew up in Madrid, Spain, while Brian Letwin, who hails from New York, prefers his Vietnamese name, Nguyen Van Bun. Both have worked and lived in Ho Chi Minh City for almost three years now.
Since debuting in April 2013, Saigoneer.com instantly gained a firm foothold among the expat circle in HCMC, and now enjoys a high number of page views.