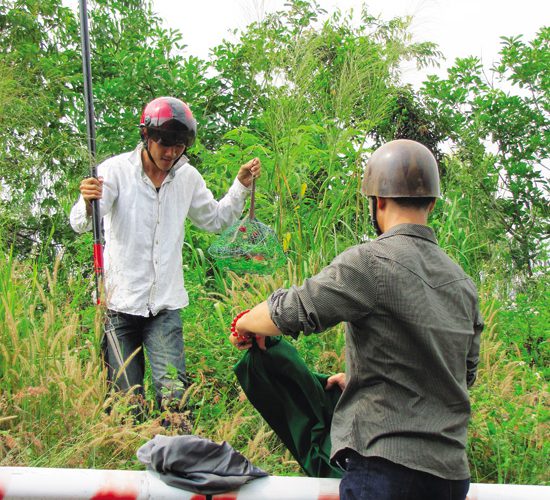 Vietnam Heritage, July-August 2011 — Early one Sunday morning in April, after a strong, sweet Vietnamese coffee and a bowl of spicy street noodles, four of us set off on two motorbikes for Son Tra Nature Reserve, a mountainous peninsula, not far from my home in Danang. I was with my young housemate, Tuyet, and my friend, Trang, an Education for Nature – Vietnam (ENV) officer, and her friend, Tho, who knew the mountain well.

Text and pictures by Annie Eagle